Bullying has to stop now

In watching tonight's episode of Glee I opened a discussion with some friends about the final scene and to tell you the truth it disturbs me. And if you've ever been the victim of bullying I'm sure it disturbed you too. It bothered me because Kurt's friend spoke of regretting the decision to run from bullying instead of having what he called "courage". But if your life is threatened, it would be regarded as foolishness to stay at a school that couldn't protect you. So I put it to my friends, what if transferring wasn't an option? There are always options. But ask yourself if your child knows what his/her options are. I say that because what some people fail to consider is that some victims do not have the support of their parents, or their school, or any known source of support. Some parents think that bullying "teaches" them to hold their head high in spite of adversity. To those parents I say "Think again."

That episode of Glee opened scars that I bear. Scars of a nightmare called highschool, where there were no options to transfer because it was the only school in the district and distance learning was unheard of. No options because my family was supported by my mother's salary, the only salary in the family, and my father was incapable of homeschooling me because of his own problems with alcohol and depression. No options that came from the school, or came from the outside. Fortunately I had the support of my parents in helping me cope with the bullying. I had a student councellor who for all her misguided advice tried to help be bear up under adversity. Did the bullying "teach" me anything at all? Without the support that I had, I would have rather died than endure another day. And unfortunately, that's what some children are choosing today. Because they don't have support. Because someone close to them doesn't support them, perhaps because they think that their child is strong enough to endure it, or will become strong enough to endure. But that's simply not true.

To those of you that have children, I plead with you, support your children. Find your options. Even if your option is to cope and support one another in love until it passes. And to everyone who knows a child being bullied, speak out. Give that child an option. Push for zero tolerance policies, push for legislation, push for financial aid, whatever it takes to give that child an option. Because bullying has no good purpose in this world. And it has to stop. Now.
Posted by Kiki Halbert at 9:22 pm No comments: 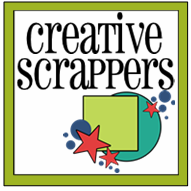